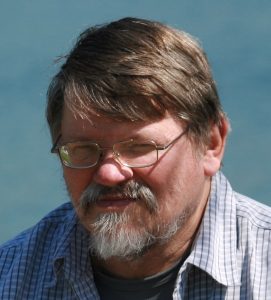 The faithfulness of God is without admonishment; He will always be found reliable and without reproach. Given what you might consider a mixed bag of life’s probabilities, I was given the two extremes of my options, and it then became my responsibility to choose.

Choosing was the most difficult part of life for me because in choosing I was forced to give up many of those things I wanted to experience. I wanted to follow God’s will for my life but the harder I tried the more I seemed to fail.  For years I had told myself that little was good enough and even if I were to give more, I could never give enough to make life profitable or rewarding. In my mind I was a failure and even though I really didn’t want to be, I didn’t have the desire to change. So much of my life was lived on excuses and allowing the devil that place in my life that belonged to God.  Without allowing God to be where He should have been, His strength had been misplaced and, because of my impertinence it would not be there to guide me through those difficult times. Lies and deception soon became the pattern and an inability to succeed would set the standard.

Living a life on excuses, giving into every temptation and then hating yourself for your lack of faith and persistence will not give you the peace and joy that you so desperately need and desire. My life became all about the moment and while I was satisfying the flesh I was crucifying the spirit.  Having it both ways can never be an option, but not wanting to pay the price or fight the fight; I would find myself back at the beginning over and over again. The devil had gained a stronghold in my life and each day that I lived he was there to trouble and to buffet me. There were so many things that I lacked but Satan made sure that I had those things that were tempting and deplorable.  Having nothing but telling yourself that you have it all is where the enemy wants you to be and as he perverts the truth, he causes those that trust in him to become self-centered and loathsome.

I know that I could have done better; but, instead of living in the past with all of its negativity and remorse, I have chosen to give it all to God and allow Him to make of it what I know only He can do.  He has caused me to see the really important things in life that to all men are necessary and profitable. This world has told me that there are so many things that I cannot do; and, if I am unwilling to follow or to pay my dues, I will not be considered creditable. Selling out to a world or form and standard of belief that is corrupt or evil can in no way be considered wise or profitable. God is the only standard I should follow; and He is the only one that can give life, any life, its purpose or reason. It is the purpose and will of God that has brought me to this point. It is for this purpose that I dedicate my life, and it is for this reason that I emphatically state. I (by the world’s standard) am not supposed to be here, but (by the wonderful grace and wisdom of God) I am.

Many of the blessings that I received or the opportunities that were afforded me were because of the compassion and generosity of caring companions and friends; and, because of their willingness to share, I was allowed to gain. By God’s wonderful love and grace, I was granted an extensive education. Partaking of His blessings, I was taken to that place of complete dependability and promise.  I admit that it was not in that part of my life that this world would consider as advantageous or beneficial to my writing, but I do not consider God’s direction to be improper or misguided.  God has a reason and a purpose for everything that He does, and I am not about to question or disrespect God’s authority. It was time in my life for me to acknowledge and accept His infallibility and to put Him in that place that could make my life productive and profitable; profitable in the sense that I could grow while sharing His goodness with others, not in a financial way or means. Being where I am, I know that God in His wisdom and understanding has put me in this place of responsibility.

Sound file of the proceeding document, click to listen…